The official Blog of the new exciting movie production, distribution. Subscribe and keep yourself posted on upcoming projects, reviews of old and new films, tech news on filmmaking, film comments and analysis.
All of it in magnificent, glorious Kinoglazorama Spectacular. Stay Tuned!!! 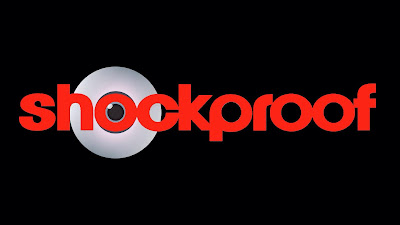 Our award winning short film DOORS is now available for streaming in US and Canada on FANDOR.

click on the title above to follow the link that will led you to watch the short.

Our acclaimed DOORS to stream on FANDOR 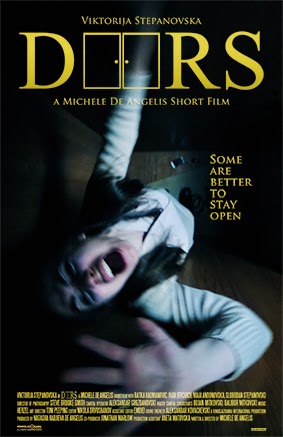 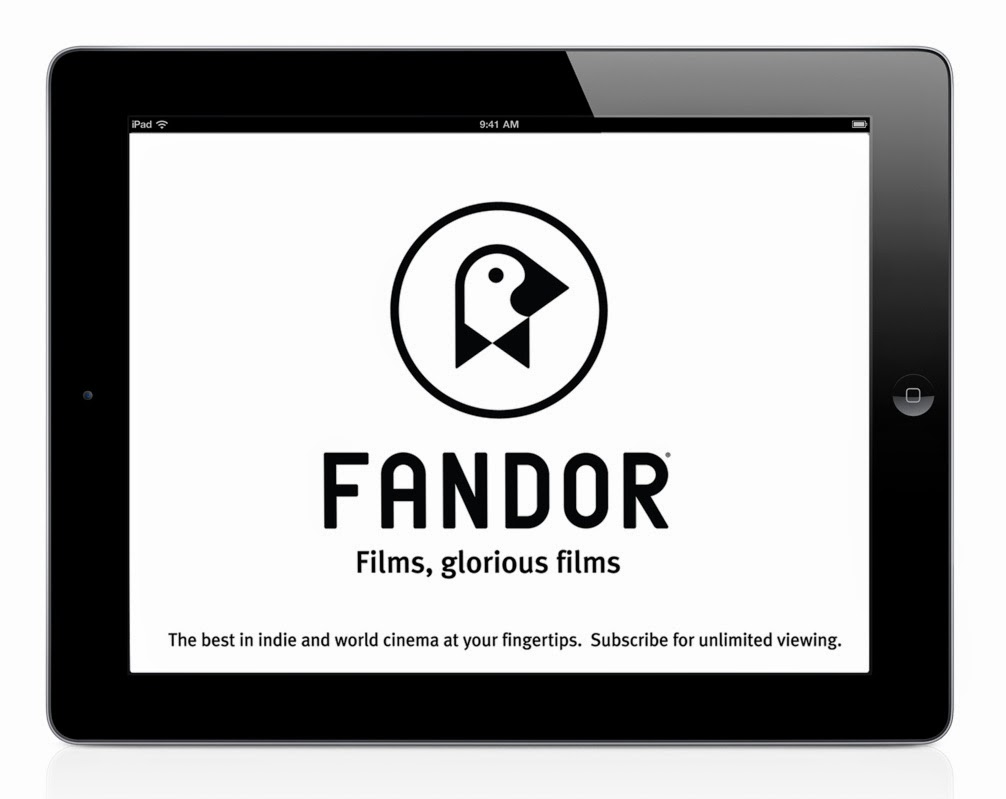 After two year and half and 25 International Film Festivals later and 2 International prizes behind, We are happy and honored to announce that our short film DOORS it'll be finally available online for streaming in HD on Fandor, for US and Canada. Fandor is the best streaming service around, the true house for independent, international and art films. It will be part of their "Shocktober:31 days of horror", their major selection countingdown to Halloween.Very proud to be in the company of masters of the genre,like Dario Argento, Jean Rollin, Jesus Franco and more. AVAILABLE on FANDOR FROM THE THIRD WEEK OF OCTOBER, STAY TUNED FOR LINKS AND MORE INFOS...
Pubblicato da Vikar a 01:13 Nessun commento:

We are both proud and honored to announce that the restoration of TODO MODO will have its world premiere during the upcoming Venice Film Festival, in the section Venice Classiscs  Stay tuned for another press release about the restoration process. 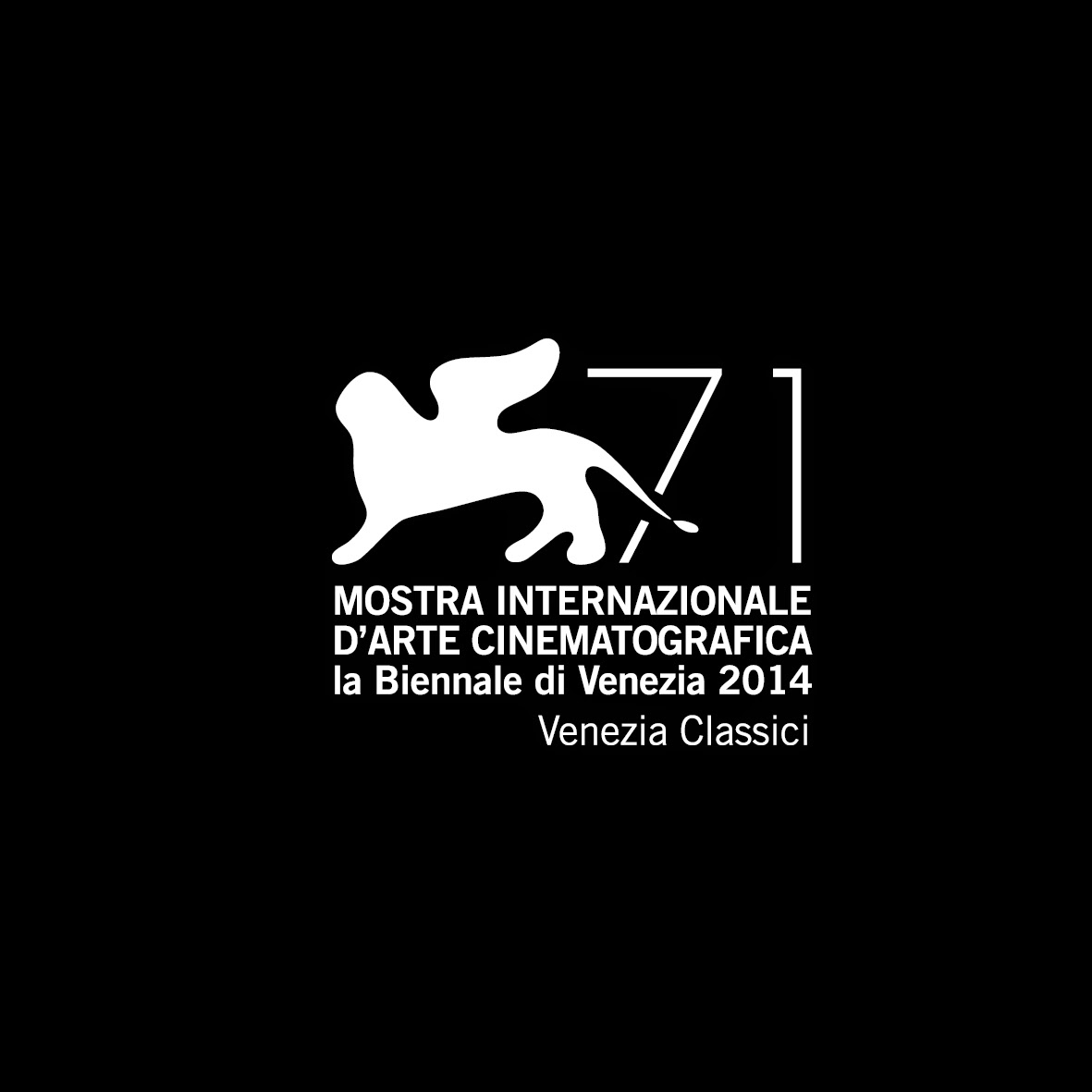 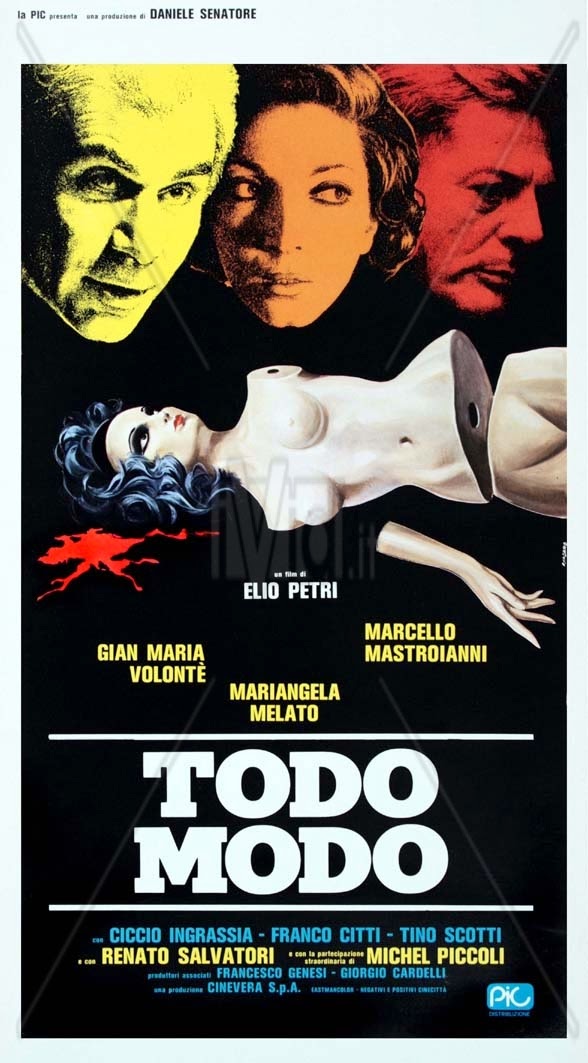 We are very excited and happy to announce that we secured worlwide rights to release a Blu Ray edition of Elio Petri's masterpiece TODO MODO.


The movie has been unavailable for a long time anywhere in the world, in any format. Time to get rid of those blurry VHS taped from Italian TV (also a shorter version) and delete those youtube files of the same rotten source. The film is going under a major restoration with a 4K film scan of the original negatives and frame by frame clean up.

There are details to be unveiled very soon about this release, it is just that we couldn't keep it for ourselves anymore.

Todo Modo is possibly the most sought after political film of all times, directed by Academy Award winner Elio Petri (best foreign film 1970, Investigation on a citizen above suspicion) and starring some of the finest actors of Italian Cinema like Marcello Mastroianni, Michel Piccoli, Gian Maria Volontè, Ciccio Ingrassia, Franco Citti and Mariangela Melato.

The film caused such a stir at the time of its release because of the gritty depiction of the meeting of a leading politcal party while an unstoppable disease is spraeding in streets of Rome. Church, poltical leaders, Capitalists are showed at their very lowest using sex, corruption and even murder to achieve their goal. The film also was a forerunner of following events that led to the tragic killing of Prime Minister Aldo Moro by the terrorist group Red Brigades.

It's an unforgettable experience, a film that grows up within the viewer leaving a sense of discomfort and uneasiness. It is brilliant and compelling.

We are actually working on an event to present the film in Rome during the fall, but there is more than that, as written above, we'll be unveiling soon.

Available only for purchase on our site and trhough selected retaillers.

This a major step for us and bring us back to what we know to do best.
In the past we have been working in distribution and our work has been compared to the one of Criterion and more. The New York Times in 2006 voted us amongst the 10 best North American distributors. The Magazine Premiere that year did the same. We were the first in Italy to restore and trasfer a movie in HD back at the end of the 90's and the releases of our labels on DVD are amongst the most sought after from Collectors all around the world.

About DOORS - a making of

This is the excellent video shot and edited by Bojan Mitkovski and Dalibor Mitkovski at the end of the shooting of our short film DOORS. It features interviews with cast and crew, including Michele De Angelis, Viktorija Stepanovska, Steve Brooke Smith and Aleksandar Grozdanovski. IN ENGLISH!!!

This was aired few days ago on Tera Tv in Macedonia. It's a 7,15 mins special made with interviews with me, actresses Viktorija Stepanovska and Maja Andonovska. Thanks to journalist Neda Maretic that gave us so much room in her cultural show.

Stream our productions on FANDOR 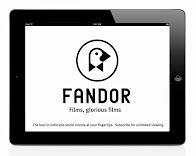